Netflix AVOD: Could this really happen?

In the streaming services war, Netflix has kept commercials as its biggest secret weapon. Positioned as the largest subscription service in the world with immense user data, Netflix is ​​expected to soon become one of the high-value advertising platforms.

However, many users are speculating about whether this would be a good decision by the streaming platform. And this debate has made many wonder, is Netflix AVOD for real? Find out below.

Netflix and its potential as an AVOD service

With numerous services vying for the streaming throne, Netflix needs to re-evaluate one of its main principles, which is not to embrace ads. However, considering the scope of opportunity that ads represent, this giant is increasingly considering the idea of ​​becoming an AVOD service.

With an analytical capacity that has more than 140 million subscribers in segments based on different demographic and proprietary psychographic data, Netflix has a captivated audience, unmatched user data and powerful targeting capabilities. Ads could easily earn reach rates that rival traditional streaming, representing a significant new source of revenue. 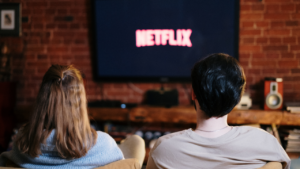 In the past decade, Netflix innovations ushered in today’s era of streaming video and subscription services. It’s no secret that Netflix’s growth has been driven by its simple promise of commercial-free content to its users.

This pledge led a DVD-by-mail company to thrive and transform into a driver of the mass video streaming market. Its non-stop ad-free experience on cable wowed millions of users. It attracted subscribers, expanded the platform’s content budget, attracted more users, and  so on and so on until today.

Increased competition, however, has diverted customers and driven up the cost of Netflix content. For the company to continue to grow, it must consider new sources of income other than subscriptions. An AVOD service  seems like an increasingly attractive option for Netflix.

With Disney+, Apple TV, NBC and many others threatening Netflix’s dominance in the streaming market, this platform is increasingly in need of new revenue opportunities in advertising material. 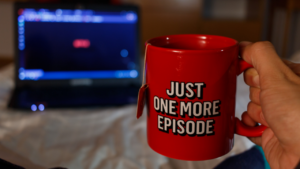 PrevPreviousHow to attract, acquire and retain subscribers to your OTT service
NextSome AVOD examples: Most viewed in the US.Next

JUMP TV Solutions within the framework of the Export Initiation Program of ICEX, has had the support of ICEX and with the co-financing of the European FEDER fund. The purpose of this support is to contribute to the international development of the company and its environment.